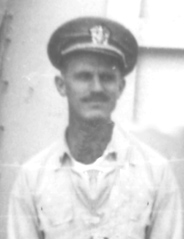 I was born in Missouri and raised in Oklahoma and Missouri, where at an early age I became an expert milker (the most extreme method for torturing anyone is to force him to milk cows!) I starved myself through the University of Missouri, taking two years off to roughneck in the oilfields. With my B.A. degree I was able to persuade the Navy to make me an Ensign in 1943. It has never ceased to astonish me that a poor Missouri hillbilly could suddenly become an officer-and-a-gentleman. After destroyer school at Norfolk I was assigned to the Hadley gunnery department, and remained with the Hadley until she was decommissioned in 1945.

With the aid of the GI Bill and a fellowship I achieved a Ph. D. in Political Science from the University of Michigan in 1950.

After teaching at Michigan, the University of Southern Illinois, and the University of Vienna (Austria), I became a faculty member at the University of Colorado, where I am now professor emeritus. During my academic career I published three books and a number of articles. After retirement I have published a novel laid in Civil War times, and am now working on another one covering the period 1936-1948. Another novel about the oil fields is in the hands of an agent in New York.

I have four children and several grandchildren. My beloved wife of 44 years recently passed away.

Editor’s Note – Bill was a LT JG and an Assistant Gunnery Officer.