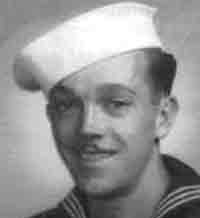 Thomas William Kirkham the youngest of three children, was born 29 January 1916 in Yakima Washington on a Ranch owned by his father William Thomas Kirkham and his mother Elizabeth Martha Ervin Kirkham. At the age of twelve his father lost their ranch to the government due to back taxes. After the loss of the ranch the family never owned anything bigger than a Buick and rented all the houses that they lived in. Thomas had to leave school in the seventh grade to work in the mines with his father and oldest brother. The family would find a winter jobs working in the mines and come spring they would quit their jobs and prospect for GOLD all summer and then come fall they would find jobs in the mines again, this was the cycle that they lived while working their way to Patagonia, Arizona.

When the family reached Southern Arizona Thomas was in his early twenties. It was in early 1941 that Thomas married his first wife. When December 7th 1941 took place Thomas like many of the young men in the country joined the Navy. While Thomas was in the Navy his wife, who stayed behind, took him for every penny she could.

Before Hadley, where he made COX, he had operated landing craft , made mail runs, and for a time being worked was a cook. He always loved to tell the story of how he met Bull Halsey, he always said that ?Bull Halsey was the best damn sailors officer the Navy ever had.?

While Thomas was being mustered out of the navy his father died and he did not find it out till he got home, his mother said ?that they did not want to take him away from where he was needed.? In 1948 Thomas married my mother Christine Shirley, she was working at a drug store in Patagonia at the time they met and he worked at the Trench mine outside Patagonia. I was born 3 July 1950 , my father always told me if would have waited 30 more minutes he would have named me Firecracker, My younger brother was born the 19th of March 1952 and shortly after that Thomas’s older brother Gerald was killed in a mining accident. In the spring of 52 we moved to Hurricane in Southern Utah where my father first worked at the Silver Reef mine at Leeds Utah, then at Zion National park where he helped build all the trails on the south side of the Virgin river, next he helped build the road to the top of the Mesa rocket sled testing site just out side of Rockville, Utah. My father was a powder man, he drilled holes in rock and blasted them a part with dynamite so that they could move the rock to get to whatever they wanted. The road going south out of St.George, Utah toward Las Vegas you can still see the drill marks that he made to blast a road through that canyon. In 1957 My father was divorced by my mother and he left Utah and found a job at the Grand Canyon working at a mine called the Orphan. The Orphan was a Uranium mine located on the south rim of the Grand canyon. This was the only time that I can remember my father being so close happiness, he stayed there for almost 15 years. It was at the Grand Canyon where he met his 4th wife Dorothy. They were married in 1962 and they stayed married until his death. I never met his third wife. They were only married a few months. After the Orphan closed in 1969 my father moved to Kingman, Arizona and worked in the Antlers mine at Yucca Arizona. This is where he was living when he found out that he had lung cancer for the first time. In 1971 my father had a third of his left lung removed and was told that all of the cancer was removed and that he was to quit smoking and drinking, neither of which he did so the cancer came back and this time there was nothing that they could do.

Thomas William Kirkham died at the Fort Whipple VA Hospital in Prescott Arizona of Bronchogenic Carcinoma (coughing him self to death the last seventy-two hours) on the 26 of January 1978, three days before his 62 birthday. He is buried at Kingman, Arizona.

In parting, his biggest regret was that he got out of the navy in 1946. It was the one job that he really loved. I grew up calling the floor the deck, the ceiling the overhead, walls was a bulkhead, and the bathroom was the head.

He really wanted me to join the Navy, I joined the Army.