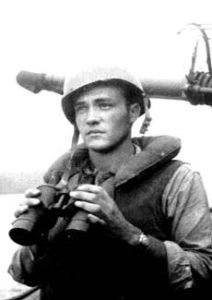 As to what has been going on the past 50+ years, where do I began?

I guess at the time of discharge in Norman, Oklahoma, after which I received a Bachelors degree from Columbia University and my Masters from Harvard Graduate Business School. I returned to New York City where I entered the advertising agency business and where I spent the next 11 years. When McCann-Erickson obtained the Coca-Cola account, I was brought in as the account executive in charge of all bottle advertising and sales Promotion. I was 29 years old at the time and the Coke budget of $25 million was the largest advertising budget for a single brand in America.

I decided I wanted to be more involved in the total marketing functions instead of the advertising part, so I joined a management consulting company where I was put in charge of a Chrysler Corporation consulting project.

It turned out I wrote a marketing plan for Chrysler in this assignment which included my recommendation that Chrysler offer a “5 year, 50,000 mile warranty.” Subsequently I founded my own consulting company, which I successfully ran for 18 years. It included clients such as Pepsi Cola, Canada Dry, MicheIin Tires, Wilson Sporting Goods and Allied Van Lines among others. I phased out my consulting business and moved from New York to Scottsdale, Arizona in 1973. My wife and l lived in Arizona for l7 years, where l spent my time in acquisitions and private business investments.

When all our children were grown, we decided to leave the heat of Phoenix and move to Boise, Idaho. I was offered a full time position as a professor with Northwest Nazarene College – a small but highly rated liberal arts college. I have found teaching to be the most rewarding work of my career.

After teaching in Idaho I taught for three more years in Tulsa before moving to Washington State.

I may teach again but as of this writing Susie is keeping me busy with the new house here in Gig Harbor.

Webmaster Note: Carl was a Seaman First Class (Fire Control Striker). He passed on August 15, 2004, after a lengthy illness.