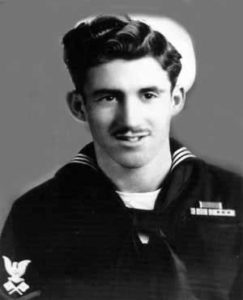 Jim Eugene Harden was born in 1926 at home in Havre, Montana. He is the older of two children born to Rex and Alice Harden. Jim spent most of his childhood years in the Havre area with the exception of a year that was spent in Oroville, Washington.

In June 1944, Jim entered into the Navy. He served aboard the USS Hadley DD774 until the ship was decommissioned. He was wounded during the Battle of Okinawa and received a Purple Heart. He was discharged from the Navy in February 1946 in Bremerton, Washington.

He was in the US Naval Reserve from April 1947- August 1948. He also served in the US Army Reserve as a First Lieutenant for a number of years.

After being discharged from the Navy, Jim worked for his father learning the painting and paper hanging trade and went to Northern Montana College studying Engineering.

From January 1948 until the spring of 1949, he worked for the government in Fort Peck, Montana. He then moved back to Havre to further his education. It was while he was attending college he met Lila Marie Cherney. They began dating and were married in 1949.

After he and Lila married, Jim went back to work for the government and worked at Fort Peck until there was a reduction in force (RIF) in 1952. The family then moved to Riverdale, North Dakota and lived there until April 1956. He worked for the Corp of Engineers while in Riverdale. In 1956 they relocated to the Sacramento area and Jim continued working for the government at McClellan Air Force Base until his retirement in 1986.