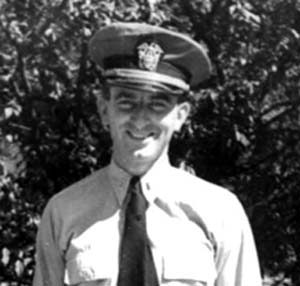 The following is the obituary my brother, Bill K., wrote:

Wallace E. Kendall, former Deputy Assistant Commissioner of Social Security (Public Affairs), died of cancer at home Saturday, September 17, 1994. He was 79. Mr. Kendall grew up in Louisiana and studied science and mathematics at Louisiana Tech and journalism at LSU. He joined the Social Security Administration at its inception in 1939 and worked there until the United States entered World War II.

In 1943 he was commissioned an ensign in the U.S. Navy. He was Combat Information Center officer on the USS Hugh W. Hadley in 1945 when the Hadley and her companion, the Evans, were attacked by dozens of Kamikaze planes and Baka bombs. The Hadley shot down 23 and the Evans 19, but both destroyers were finally overwhelmed and knocked out of action. The Hadley took three Kamikaze hits and two bombs.
Reassigned to the USS Gainard, Mr. Kendall, trying to get to his ship in the confusion of war, arrived in Hiroshima shortly after the A bomb was dropped and took many photographs of the damage. After the war, Mr. Kendall was active in the Naval Reserve as a Lieutenant Commander until 1968.

He returned to Social Security in 1945 and in 1950, with major amendments to the social security law under way, moved to Baltimore to take charge of the production of public information materials. He set up an internal film and TV studio, which is still in operation. During this time, hundreds of TV and radio stations across the country were using social security films and/or audio weekly. When the Medicare program was enacted, Mr. Kendall wrote the first Medicare Handbook.

He retired in 1976 and devoted much of his time to a new interest, personal computers. In the 70’s he founded one of the first computer users’ groups based on the Ohio Scientific Company’s OSI Challenger. He was a passionate supporter of free public access to information, enjoyed corresponding on the Internet and was influential in the decision by the Howard County Library to set up an online catalog.

Other hobbies included target shooting, photography, gem faceting and jewelry making, welding, writing, and calligraphy. Mr. Kendall was often heard to remark, “I’m so busy I don’t know how I ever had time for a job!” He was also devoted to his large and close family and is survived by his wife of 57 years, the former Esther Mays of Ruston, Louisiana; one brother, Howard Kendall of Melbourne, Florida; three children, Antoinette Kendall Strother of Bethesda, William Wallace Kendall of Catonsville and Ann Kendall Wallis of West Monroe, Louisiana; 13 grandchildren and 4 great grandchildren.

**Note: Found printed by hand inside Wallace Kendall’s “Commercial Engraving and Printing” textbook (his name
and the date June 1937 written on the inside cover):
God gave each of us two ends–
One to think with–
The other to sit on;
And a man’s success
In life depends on
Which one he uses most.
It’s a case of
Heads you win–
Tails you lose.
——————————————————