His story, as much as we know it. The ships he served on and their stories.
Also what we know about his family. 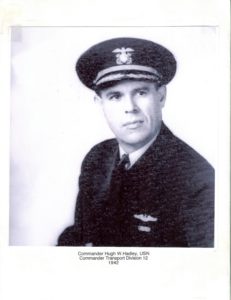 Commander Hadley was Killed in Action 15 September 1942 while in command of Transport Division 12. His ships came under fire from three Japanese destroyers off of Lunga Point. Hopelessly outgunned, his flagship USS Little APD4 (DD79) and USS Gregory APD5 (DD82) were sunk by IJS Yudachi.

Commander Hadley was posthumously awarded the Silver Star for his outstanding service in the bitter Solomon’s Campaign. 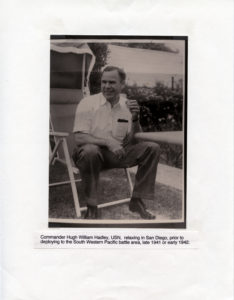