On the morning of 11 May, Hadley, Evans and their 4 support ships were attacked by 156 kamikazes. During the 95 minute battle, Hadley gunners shot down 23 planes – an all time naval record for a single engagement. Their ship was hit by 3 kamikazes and 2 bombs. Thrty men were killed and 121 were wounded. These photos show the battle damage the ship incurred.

This damage chart shows where the 3 planes and 2 bombs hit the Hadley. 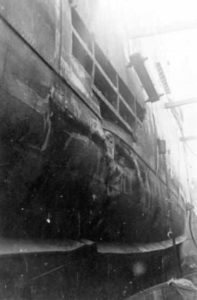 This side damage at the waterline flooded 3 engine rooms and put out all power. 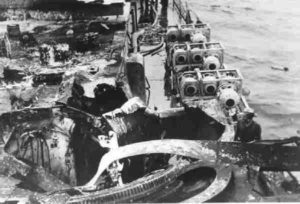 The portside quad 40mm gun mount took a direct hit from a 250 pound bomb. The gun was blown out to sea. All 9 men were killed. 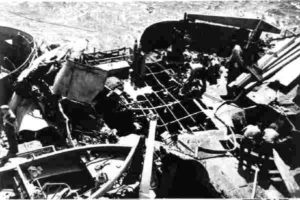 The 20mm gun mounts were incinerated by the third kamikaze plane. 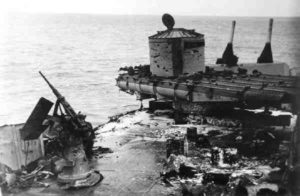 Torpdo launchers destroyed by a kamikaze. 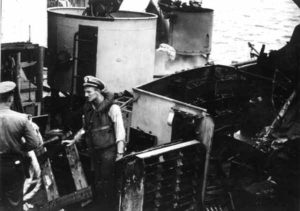 The damaged MK-52 fighter director where guns are aimed by computer. 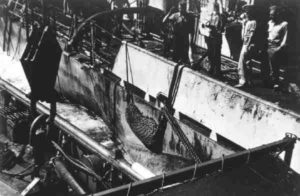 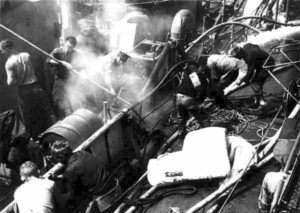 LCS83 alongside to support pumping and firefighting. 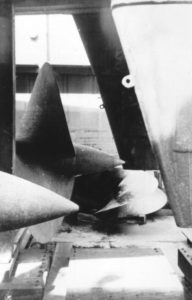 Damaged torpedoes needed to be dropped into the ocean. 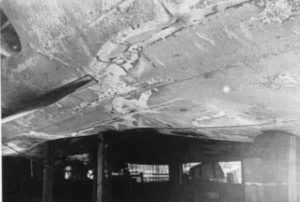 The kamikaze that hit the side also dropped his bomb. It exploded under the keel, humping it 56 inches. 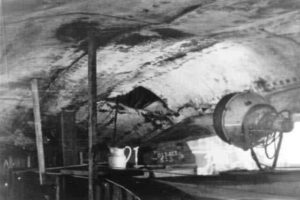 Under keel damage being repaired in dry dock. 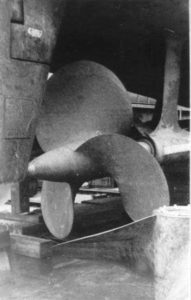 One of the twin screws. Both propeller shafts were bent and broken when the keel was damaged. 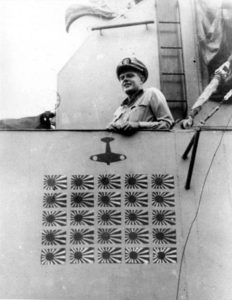 The scoreboard showing Hadley shot down a total of 25 Jap planes at Okinawa. Lt Patrick McGann received the Navy Cross for directing fire against the kamikazes. 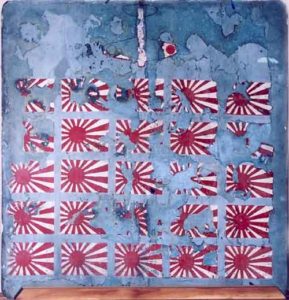 The Hadley scoreboard was cut away from the bridge before being scrapped. It was presented to Mrs. Hadley. Doug Aitken rescued and repaired the scoreboard. It now hangs in the Museum of the Pacific War in Freericksburg, Texas. 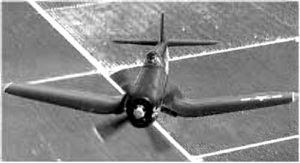 A marine Corsair. These pilots provided Combat Air Patrol over Hadley and drove off kamikazes even after they ran out ammunition. 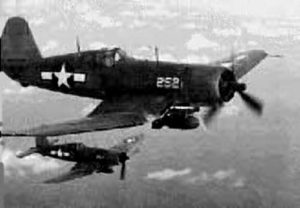 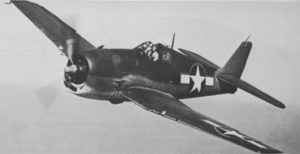 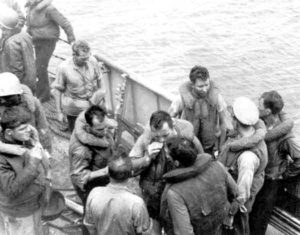 Hadley crewmembers gather in shock after the battle.