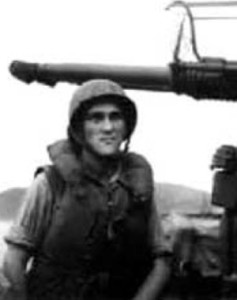 Clarence J. Krobusek was born in Cleveland Ohio in 1920. After graduating from John Adams High School in 1938 he  enlisted in the Naval Reserves. From 1939 to 1944 he served aboard the USS Lawrence (DD250), an old 4-stack destroyer based in San Francisco. During that time the Lawrence patrolled the waters off of the West coast and took part in the Aleutians operation.

In mid 1944 he was sent to Fire Control School at Great Lakes Naval Training and was classified as an FC2/c. This brought him to the Hadley.

After the war he met Lois Marshbank and they married in 1947.  He attended Case Western Reserve in Cleveland for about 2 years but left school before graduating to enter the work force.

During his career he worked as a draftsman and document coordinator for companies including General Electric, Square D and Picker X-Ray.

Although he never talked to his family too much about his experiences he was immensely proud of the Hadley and the time he served on her. He obtained a personalized “DD774” license plate as soon as they became available in Ohio, which Lois retains to this day. He passed away in his sleep on his 68th birthday in November of 1988 and is survived by Lois and their son Bruce.