“When you go home, tell them of us and say
For their tomorrow, we gave our today”

6. Edward R. Cichowlas is the only known crew member to
be re-interned at Punchbowl National Cemetery, T.H.
(Now know as the National Memorial Cemetery of the Pacific)

NOTE: In the year starting with 1949 all Pacific War dead were re-interred
either stateside or at Punchbowl National Cemetery, Honolulu, Hawaii. 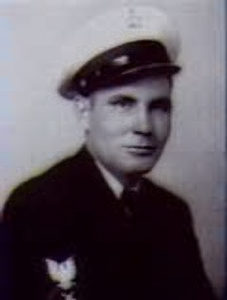 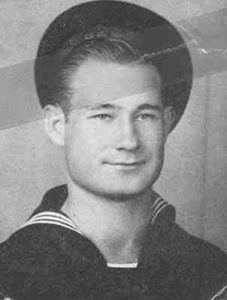 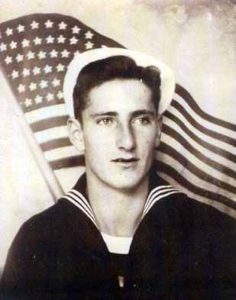 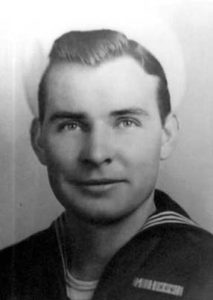 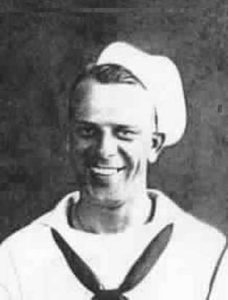 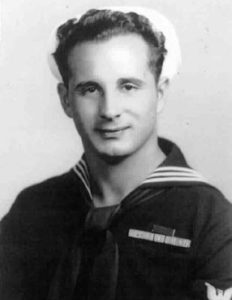 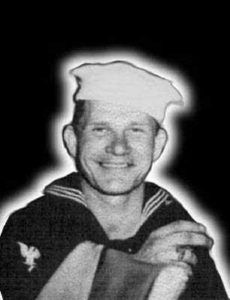 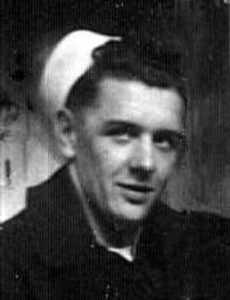 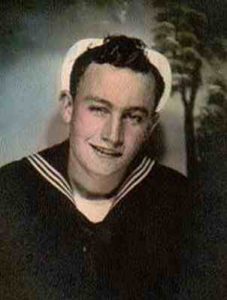 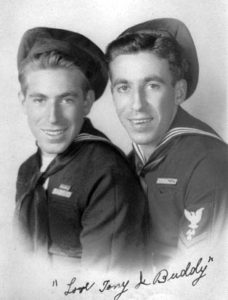 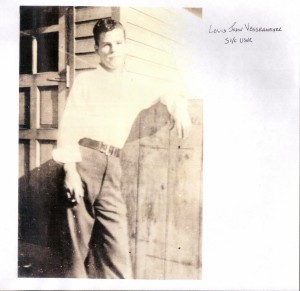 The original telegram notifying Louis Veesenmeyer’s mother that he had been killed in action. It was dated 17 May 1945 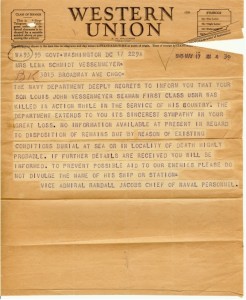 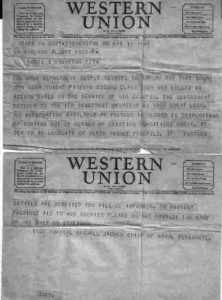 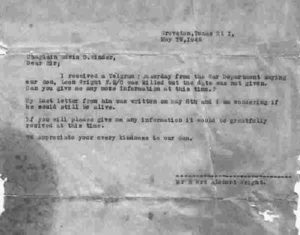 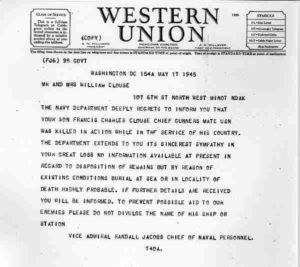 This is a restored copy of the letter written by Captain Mullaney to
the mother of Robert Howard Wilson WT3/C notifying her of his death. 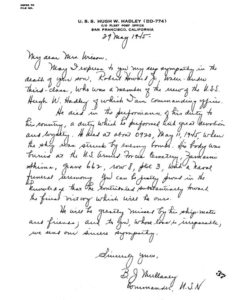 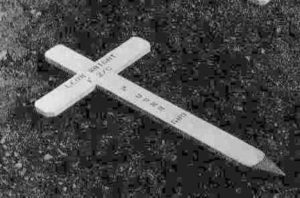 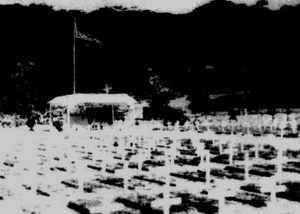 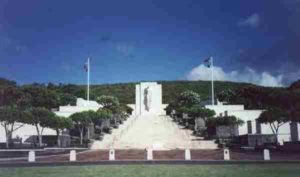 The National Memorial Cemetery of the Pacific is a very impressive and somber shrine in Honolulu, Hawaii. The cemetery is located in Punchbowl Crater, an extinct volcano known as Puowaina, Hawaiian for “Hill of Sacrifice.” More than 38,000 are buried in this memorial park, including victims of World War II, the Korean and Vietnam Wars. Among the honored dead are over 13,000 killed-in-action during World War II, as well as 600 more from Korea and Vietnam. The centerpiece of the beautiful cemetery is the striking memorial pictured above. On either side of the ascending stairway are ten “Courts of the Missing”–monuments to 28,788 Americans listed as missing-in-action. The top of the monument is anchored by the “Court of Honor”–a stirring and evocative area where persons can visit a memorial chapel and view several large and colorful map galleries. These galleries depict important engagements in the Pacific Theater during World War II and also the war in Korea from 1950-53. The most visible and distinguishable feature of the “Court of Honor” is the 30-foot statue of Columbia–a female figure holding a laurel branch.

Punchbowl is a quiet, serene and moving place. Visitors not only enjoy the natural beauty of the cemetery but have the opportunity to relax and reflect on the costs of war. The inspiring memorial and thousands of graves of those who served their country make one’s heart swell with pride. It also reminds us of the sacrifice that has been needed to keep our country free. A visit to Punchbowl will affect one deeply. If you have the opportunity to travel to Hawaii and visit the island of Oahu, you should not miss this touching landmark.

* These crew members were all buried at sea with the exception of Cichowlas, E. R.
He was re-interned here after removal from Zamami Shima Cemetery after it’s decommissioning.

Order of the Purple Heart