Hadley’s mission during the war was to defend and support the carriers, batleships, cruisers and transports. When Hadley got in trouble she was supported by auxilliary ships, amphibious ships and other destroyers.  These are some of the other ships that the crew remembers fondly for their help and support. 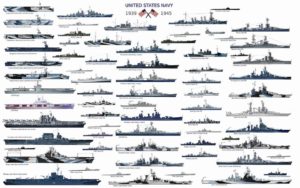 This chart shows the size and types of US. naval warships during WWII. Hadley was a Sumner class destroyer seen next to carriers with the camo-paint pattern at bottom. 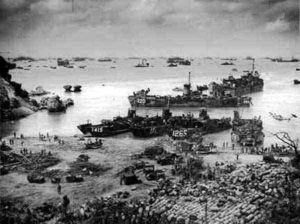 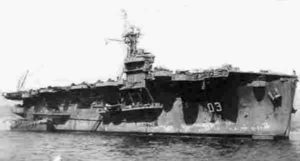 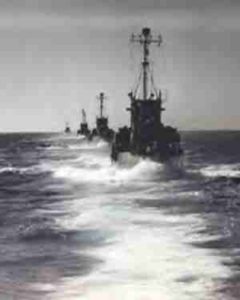 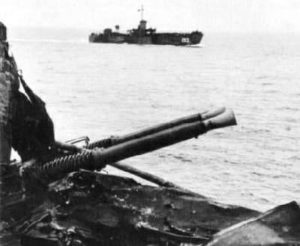 The remains of the starboard quad 40mm with the LSMR 193 coming to the resuce. 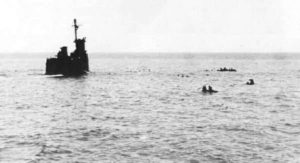 USS Evans DD-552 battled kamikazes alongside Hadley on 11 May. Evans shot down 19 planes and was hit by 4 kamikazes.

Hadley was tied to the repair ship Zaniah for over a month. 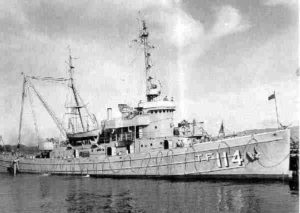 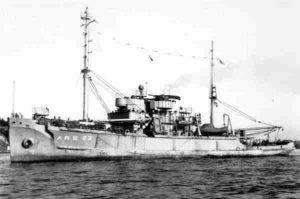 ARS-23 is a resuce and slavage ship. 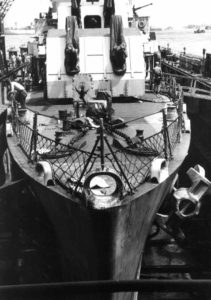 ARD-28 is an auxiliary repar dock. 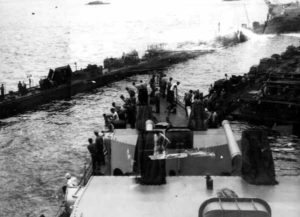 The ARD-28 was the floating dry dock used to patch Hadley’s hull. 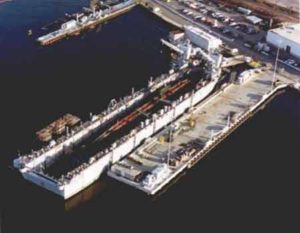 AGC-13 is an amphibious command ship. 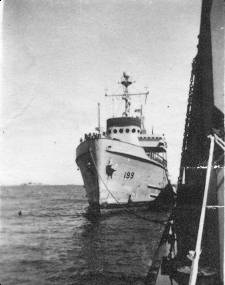 ATA-199 is the ocean tug that towed Hadley 6,000 miles home. She helped the crew survive a typhoon and 9 breaks in the towing cable…fortunately, the cable never broke during the typhoon.